12 days ago
zahidsun91 in sports 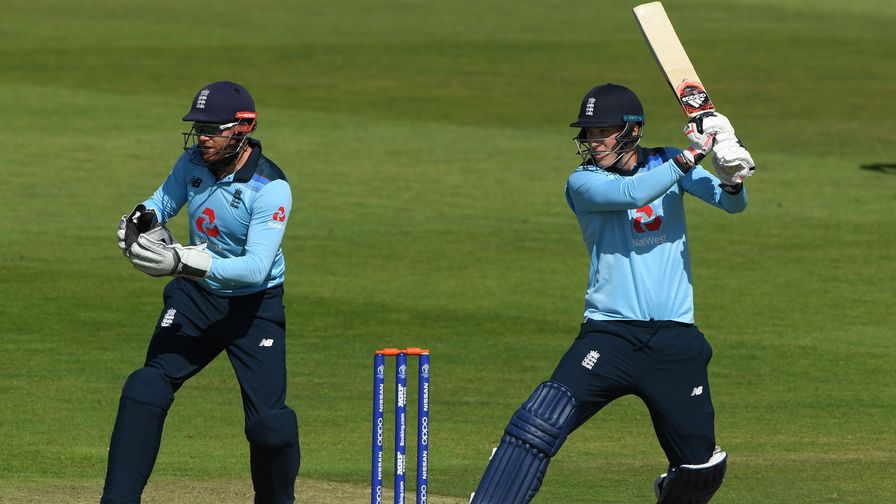 Hello friends, today we will know about the second match of ENG Warm-up, in which Team Vince defeated Team Moeen by 4 wickets. Let's know in more detail.

The second match of the ENG Warm-up match was played today at The Rose Bowl, Southampton, between Team Moeen and Team Vince, in which Team Vince defeated Team Moeen by 4 wickets.
Team Moeen won the toss and opt to bat, and scored 108 runs in 28.4 over. Team Moeen was extremely bad from start till the end, the result lost the all wicket just in 108 runs and 28.4 overs. Matthew Parkinson 25 runs in 37 balls, Moeen 17 runs in 23 balls, Bairstow 13 runs in 21 balls, Livingstone 12 runs in 19 balls, Willey 11 runs in 19 balls, apart from this no batsman did anything. In this way, Team Moeen won the toss and bated 1st, scored just 108 runs in 28.8 overs, and set a target of 109 runs for Team Vince.

Team Vince chased down 109 runs very easily by losing 4 wickets in just 17.4 overs and won the match by 6 wickets. Start of Team Vince was also poor, 3 wickets fell down in just 4 runs. Ben Duckett, James Vince, and Sam Billings were out without scoring, then Tom Banton came to the crease and played a match-winning inning, scoring an unbeaten half-century of 57 off 56 balls, Laurie Evans 24 runs off 25 balls, and Liam Dawson scored 21 not out from 19 balls. In this way, Team Vince chased 109 runs, losing 4 wickets in just 17.4 overs and achieved the victory very easily and won the match by 6 wickets.

sports cricket zahidsun
12 days ago by zahidsun91
W$1,239.44
Reply 0
Authors get paid when people like you upvote their post.If you enjoyed what you read here, create your account today and start earning FREE WEKU!